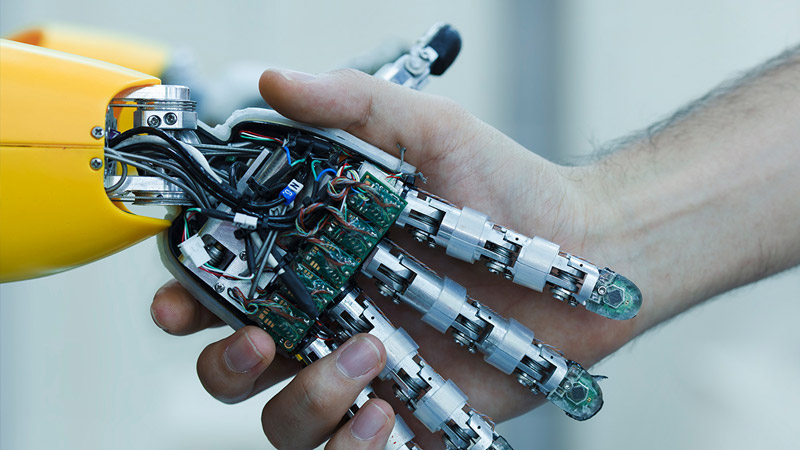 IBM Blog and article IT transformation series Industry 4.0
January 28 2018 from NOVIPRO
Share this page
Manufacturing businesses are having to adjust to the industrial revolution 4.0. But there’s np need to change everything at once. In many cases, modernizing your IT is one of the easiest steps.

In 2015, Robert Wiedemann and Steve Ellemo took the helm of CPS Industries, a machining company founded by their respective father and father-in-law in 1961. With 80 employees on its roster, the company specializes in making parts for the aerospace, rail and defence sectors.

When they became the new owners, Robert and Steve inherited a sizeable challenge: How to keep the family business afloat in a sea of new trends, such as smart factories, internet of things (IoT), industrial robotics and big data? Basically, they were faced with the fundamentals of what we call Industry 4.0, a movement that is supported by the Quebec government to prepare the province’s small and medium manufacturing enterprises to adapt to a more technologically advanced playing field.

“I think we are more attuned to new technologies than our parents were,” says Wiedemann. “For years, they had been hearing about major new developments, but they were also resistant to making changes. Now that we’re managing the company, we want to introduce several new technologies to improve our efficiency.”

But where to start? Instead of going deep with modernizations—something that would involve substantial investments—Wiedemann and his partner decided to begin with targeted projects that will have a tangible impact.

This prompted CPS Industries to submit a proposal to MACH FAB 4.0 (an Aéro Montréal initiative) for a project to change the company’s servers. The idea was to lay the groundwork so that the company could purchase and install more sophisticated software to increase the plant’s production capacity. Cost of the initiative: $65,000. “Compared to the equipment investments we’re used to making, this is actually quite inexpensive,” said Wiedemann. “We plan on going ahead with it, even if we don’t get a government subsidy, since this is something that has become necessary. The benefits far outweigh the investment cost.”

The generation of change

“Most businesses created more than 30 years ago are now reaching a turning point. The successors to the founders are more aware of how new technology can benefit them,” said Pierre Tocci, Senior Advisor, IT Transformation at NOVIPRO. “In short, they’re not afraid of trying something new and they’re young enough to take risks, unlike business leaders who are at the end of their careers. Older entrepreneurs have a totally different perspective than younger ones.”

The fourth industrial revolution includes a wide range of technologies—all worth exploring—that run the gamut from cloud computing to IoT. When you look at all the options, it’s easy to become overwhelmed. “The nice thing about this revolution, is that you can get into it progressively, one step at a time,” said Tocci. “It’s all about investing wisely.”

In fact, that’s the basic principle behind Industry 4.0: determining which technology targets are a priority for improving the company’s competitiveness.

For many of Quebec’s manufacturing firms, outdated IT infrastructure is an issue. In many cases, updating this infrastructure is a sound first step in making a digital shift. “Modernizing your servers is the starting point for your IT,” says Tocci. “It’s a simple change that is relatively low-cost and risk-free, and there are no added expenses for training.”

It’s also a realistic and sensible start to the digital shift, and it makes a lot more sense than blindly jumping on the latest technology bandwagon and crossing your fingers!

Read the next article of our IT Tranformation Series : Are your future leaders technology-minded?