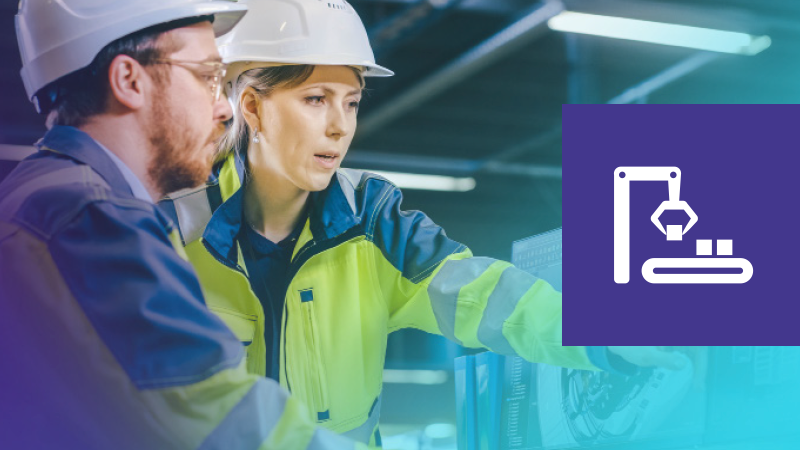 IT Trends in the Manufacturing Sector: Technologies lagging despite tough competition

Cloud Artificial Intelligence IT Study Security Blog and article Industry 4.0
May 20 2020 from NOVIPRO
Share this page

To stay ahead in an increasingly competitive market, manufacturing firms have no choice: they’ve got to leverage the power of technologies like artificial intelligence and cloud computing. Given the current pace of technological transformation, these solutions are essential for their growth—and even their survival!

And yet, many manufacturers have been slow to get on board. According to a 2017 BDC survey of 1,000 Canadian business owners, just 3% of small and mid-size manufacturing companies have fully digitized their production. Partial digitization was reported by 36%, leaving 17% in the planning phase and 41% still at square one, without a single action taken yet. These numbers are in line with the findings of our fourth annual publication, IT Trends in Medium and Large-Sized Canadian Companies, produced in collaboration with Léger.

This article summarizes how the manufacturing sector is coming along in four key areas: artificial intelligence, cybersecurity, human resources and cloud computing.

Most manufacturers haven’t adopted artificial intelligence or advanced analytics yet, but many are giving it serious thought. For the time being, just 15% of manufacturing-sector companies reported feeling AI-related pressure. However, 44 % said they expect it will impact their business within 1 or 2 years, while another 37% see it happening within 3 to 5 years.

One third of manufacturing businesses plans to make AI investments in the next two years. Current AI users say they implemented the technology to increase productivity (59%) or reduce operating costs (52%). “This isn’t surprising,” says Patrick Caron, Director of Industry 4.0 Solutions at NOVIPRO. “Improved operations and competitiveness are the main drivers of technology investments.”

Even though AI isn’t widespread in the manufacturing industry, there’s no doubt that it will be used more often in the coming years.

According to BDC, manufacturing is essential to the Canadian economy, generating $648.9 million in 2017 and accounting for 10% of GDP. And since so many suppliers and manufacturers depend on this sector’s products and services, it has the potential to affect other industries and markets.

Yet just 41% of manufacturing businesses reviewed their data security practices after the widely publicized leaks in the banking sector in 2019. That’s less than the national cross-industry average of 48%. Among those that tightened up their security practices, 68% invested in hardware and 59% added software.

What’s concerning is that cyberattacks on Canadian companies are on the rise, striking 37% in 2019, compared with 28% in 2018. The victims included 35% of all manufacturers. When asked about the source of IT threats, 41% said it was internal, meaning unwitting employees were the problem. “Threats from inside an organization are very real. Security breaches often occur unintentionally, with too few employees trained to identify risks,” says Roger Ouellet, Solutions Designer and Security Practices Manager at NOVIPRO.

This suggests that businesses should provide employees with regular and comprehensive training on best practices in cybersecurity. In reality, 72% manufacturers have done so in the past year.

Another major challenge for manufacturing firms is human resources management. The pinch of Canada’s labour shortage is being felt.

According to a 2018 BDC survey, 56% of manufacturers had trouble filling positions in the past 12 months. However, our study found that the shortage of IT specialists is less of an issue than before.

Cloud technology has won over the majority of manufacturing businesses because it’s less costly. While 53% of businesses use cloud solutions, this proportion rises to 65% among manufacturers. The survey commissioned by the Quebec Ministry of Economy and Innovation asked business leaders which type of technology was of greatest interest to them, and respondents in the manufacturing sector ranked cloud computing (50%) second after automation (57%). Interest in cloud computing was higher among businesses in Western Quebec.

In addition, 30% of manufacturing firms admitted that cloud computing was the way of the future, but that they simply weren’t ready to make the switch yet. Just 12% of manufacturers remain unconvinced that this technology is suitable for their needs.

Why are manufacturers investing in cloud technology? More than half (55%) said that it was primarily for data backup, followed by analytics (40%) and website optimization (40%).

The short-term priority for companies should be to seek effective protection for their data. Cyberattacks are becoming increasingly diverse and complex, and they’re evolving faster than most companies’ security solutions. Then, over the medium term, businesses should explore new technologies to help them stand out in a fiercely competitive global market.