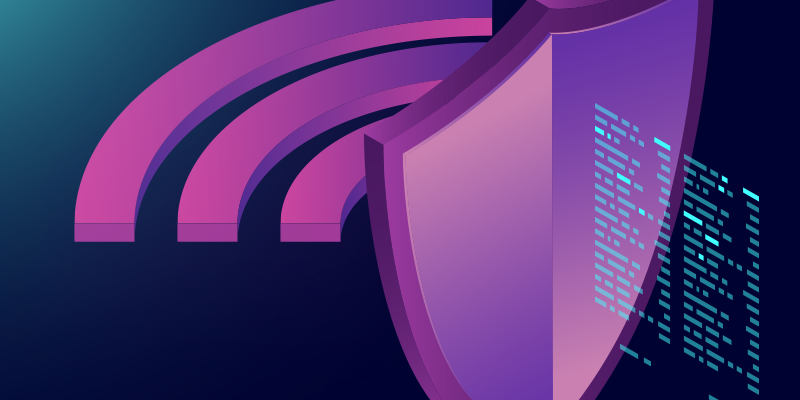 How to secure wireless industrial networks?

Industrial telecommunications networks have expanded substantially in recent years with the addition of wireless technologies. The use of Wi-Fi has opened up a host of possibilities for operational technology (OT) networks, but since it also exposes them to new threats, close monitoring and precautions are essential.

But the Internet of Things (IoT) has added another dimension to OT networks, and new trends such as the widespread use of sensors have made it difficult—if not impossible—to use cable connections between devices. Meanwhile, the rise of mobile technologies has also prompted companies to switch to wireless communications in their industrial environments. Today, Wi-Fi isn’t just available in offices, it’s also common in factories and warehouses.

Using Wi-Fi to connect OT devices has led to unprecedented security challenges. In the past, you had to be standing right next to a machine if you wanted to start it, stop it or change its operating speed. The need for physical proximity provided a certain degree of control over who could access the equipment.

But adding wireless communications to an OT network makes it inherently vulnerable to being accessed by unauthorized users, such as employees from other departments, customers or suppliers visiting the site. The wireless range might even allow someone parked nearby or driving past to access the network.

The problem is that corporate Wi-Fi networks are often less secure than physical communication networks. Since they’re perceived as less critical, these networks are a convenient way for employees and visitors to access the Internet, especially using their personal mobile devices.

Wireless production or logistics equipment should be treated with the same care and attention as traditional OT networks.

Here are some practical tips for securing a wireless OT network:

At NOVIPRO, our experts are up to date on the latest trends in wireless networking. Since we’re familiar with the constraints affecting the industrial and commercial sectors, we can help you improve your OT network security and monitoring, two key components in protecting your business continuity. Talk to us about your IT and telecommunications challenges. We’re here to help.