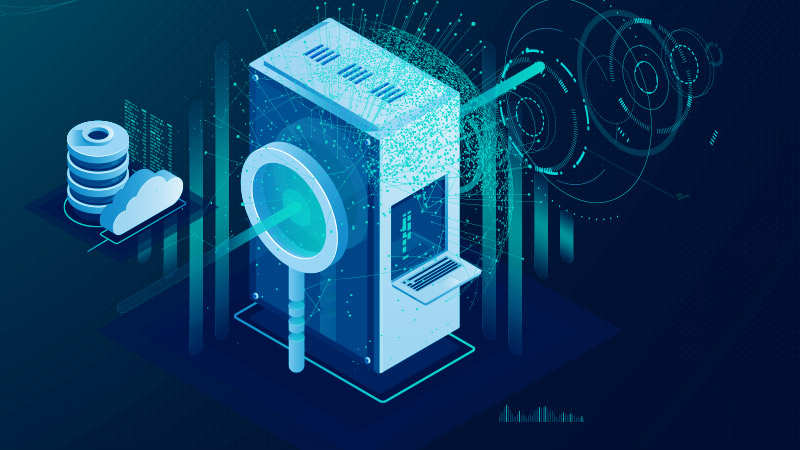 A new role for IT professionals in connected factories

In connected manufacturing plants, IT departments do a lot more than simply managing servers and backups. They are responsible for helping production teams gain insights from the data generated by their machines. To achieve this, IT must be prepared for any eventuality, including connectivity problems and equipment breakdowns.

Picture the following scenario: a computer screen sits frozen in a manufacturing plant’s office, its keyboard unresponsive to commands. Meanwhile, at the other end of the plant, a machine falls silent as it awaits a technical design containing the specifications for the parts it’s supposed to produce. With Industry 4.0, operational technology (OT) is intimately connected to information technology (IT). One simply can’t function without the other.

The new mission for IT departments is to ensure that production data can be collected, stored and processed without interruption. “You can look at it as a promotion,” says Yves Paquette, co-founder, President and CEO of NOVIPRO. “It’s a totally new role that comes with its own share of responsibilities and challenges.”

IT departments face numerous challenges in the age of Industry 4.0. A key challenge is maintaining connectivity at all times. “Connectivity problems typically arise internally, as a result of network failure or incompatible protocols, for example,” Pierre Tocci explains. “But there are also external threats. For instance, a targeted cyberattack can bring machinery to a halt.”

IT teams also need to have a Plan B in the event of a system disruption. “If a computer is no longer able to send technical designs to a machine, the IT team has to ensure that an operator gets an alert to enter the design manually,” Pierre Tocci explains.

That means that even a connected factory has to be capable of falling back on manual mode, especially in the early exploratory phase of the transition.

IT departments must also be prepared for the very real threat of cyberpiracy. “Cyberattacks occur, and they generally target industries that don’t have mature IT security systems in place yet,” Pierre Tocci points out. Small and medium-sized companies are often unaware of these risks, since they are a new type of security challenge for them.”

To guarantee security in the age of Industry 4.0, IT teams have to step out of their comfort zone. “The people in IT are very familiar with their company’s IT infrastructure, since they’re the ones who put in in place,” Yves Paquette explains. “However, they’re less familiar with the infrastructure surrounding the plant’s equipment. They aren’t always aware of the type of data that the machines generate, or their associated security modules.”

As a result, IT teams have the twofold responsibility of securing their own infrastructure and extending security coverage to the company’s equipment. That means setting up firewalls in appropriate locations, while taking into consideration the people who will have access to the data and how certain data will be encrypted.

One challenge is knowing how to process the production data being generated. It’s the IT team’s job to collect and catalogue data, retain critical information only, and include it in the decision-making process.

“In my view, that’s one of the biggest challenges facing IT departments,” says Yves Paquette. “IT experts contributed to the emergence of big data so they’re familiar with the concept, but now data from OT is creating absolutely massive amounts of data.”

To manage the influx, IT professionals need to set up a network, software and IT infrastructure that can handle large volumes of machine data in real time, often in an unfamiliar format. “You also have to ensure that the collected data is standardized so that the people who need it are able to use it,” Pierre Tocci adds.

Staying focused on the needs of the business

“As companies attempt to make their transition to Industry 4.0, many make the mistake of investing too much time into connectivity without reflecting on their company’s strategic interests,” warns Yves Paquette. The key takeaway: IT teams should always keep their eye on the goal and remain focused on their company’s business needs. 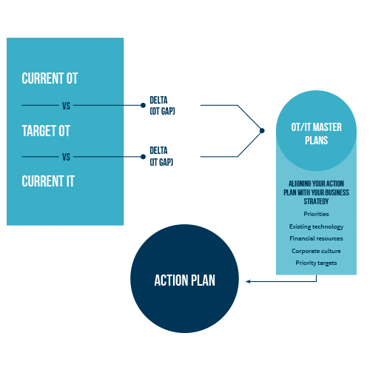 Read the next article from our 4.0 transformation Series : why an action plan is key to any successful industry 4.0 transition.